Showing posts from March, 2012
Show all

Step By Step Guide to Your Own Workout Routine - Part III: Understanding the Role of Workload, Density and Intensity

Image 1: Simply copying Arnold's routine would probably be a bad idea, but copying the way he played with workload and density to achieve maximal intensity would be. After reading Part I and Part II of the " Step By Step Guide to Your Own Workout Routine " on the last weekend and a whole week to think about your first / new own workout program, you should by now know how often and on which days you train (cf. part I ), and what type of workout you perform on a given day (cf. part II ) Those of you who have not already done that may want to check out Adelfo's latest "own" workout plan, the details of which he explained in the last installment of his weekly guest-posts here at the SuppVersity , so that you get an idea of what I have already hinted at in the last installment: Despite that the number of possible workout regimen you could come up with is literally endless, your knowledge about your goals , your past training experiences and your pe
Read full article »

High or Low Protein? Milk, Whey, Casein or Soy? In the End It Could Make Less of a Difference Than You Thought!

Image 1: All macronutrient ratios aside, my gut tells me that I cannot go wrong with something as delicious as a piece of steak (img. picturesdepot.com ) - I don't know if that is what scientists call the "gut brain axis", though *lol* At least those of you who make sure, they get their daily dose of SuppVersity news should actually remember the "Bray study" (cf. " A Tale of Macro- and Micronutrient Modifications "), i.e. the methodologically exemplary, yet with respect to the underlying research question "What happens if you add 40% of additional calories in form of protein, fat or carbs to a high carb diet?" somewhat questionable overfeeding study the results of which caused quite a stir within the blogosphere and even mainstream media. And contrary to what you may have read elsewhere, the fundamental message of the study, and I am not growing tired of repeating that, was a) "Consume more energy (not calories) than you need (no
Read full article »

Image 1: A classic physique, but a novel routine. I guess, I don't have to tell you that our mutual friend Adelfo is fired up to get back to the gym. I guess if it had not been for the intermediate famine phase after the post-contest binge, he would hardly have endured the one week without drudgery, but alas, the time of laziness is over now and Adelfo is about to return to the gym. Yet not without a detailed plan of attack, not as "voluminous" (in the literal sense) as he had intended before our conversation, last weekend, but still a ton of grindingly hard work - exactly the kind of thing Adelfo loves and what helped him build, what may not be the most muscular, but certainly the most aesthetic physique I have ever seen on a wheelchair bodybuilder (let alone other athlete). But I guess, I will just let him tell you how he is planning to take this superlative to yet another level. Back on the grind! But not without a few tweaks "After taking a week off, yo
Read full article »

Eight Weeks on Moderate Doses of Erythropoietin (EPO) Build a Bigger Mitochondrial Engine and Shed Some Body Fat, but is That Really Worth Taking the Risk? 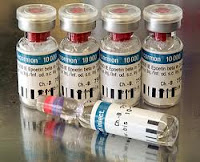 Image 1: These EPO containing Recormon vials are highly popular in the French Pyrenees ;-) Fatty acid oxidation is certainly one of the buzzwords in the supplement industry. Interestingly enough, it is mostly used very indiscriminately for all sorts of physiological processes which are sometime more, sometimes less related to the actual process of β-oxidation, in the course of which the acetyl CoA are liberated from their original molecular bond. In fact, the majority of the currently available "fat burners" (those neat little pills with tons of fat liberating, but not burning stimulants in them) has no effect on the efficacy of this process. In previous posts, as the one on irisin and the utility of exercise induced increases of PGC1-alpha ,  I have already hinted at the importance of "building a bigger engine", or, more formally, increasing the oxidative capacity of your mitochondria in your individual battle against your love handles and the global battle a
Read full article »

Image 1: "Nutritional thyroid medication" - Sirloin of beef in smoked butter (thestaffcanteen.com) "Hypo- what?" This is probably the answer your grandparents would have gotten, if they had told one of their friends that they suspected to be hypothyroid, or, put simply, had an "underactive" thyroid gland. What used to be medicinal rarity, though, has become more and more of a plague in the course of the last decades. And while "full-blown" hypothyrodism, which is (quite ridiculously) defined by TSH values of >10mU/l, is still pretty rare, the number of people with oftentimes undiagnosed "subclinical hypothyrodism" who have elevated TSH levels, but remain below the more or less artificially defined upper cut-off level, or normal TSH levels, but low levels of the thyroid hormones T4 and, more importantly, T3, is on a constant rise. "Subclinical" hypothyroidism: Not just a thread to your weight, but also to your health
Read full article »

Image 1: Your mother's diet is not the sole cause of your love handles and health problems, but it could well have tipped the scale to your fat disadvantage. Don't be resentful, but don't repeat the same mistakes, either! While it is certainly false to assume that anyone can't help but to get obese, it's similarly hard to deny that some people just have to cut back on the coke and sweets they eat to get back in shape, while others struggle with shedding superfluous weight (=fat) and regaining their health even if they are in a reasonable caloric deficit, eat a whole foods diet and exercise regularly. "It must be in my genes!" is what you will usually hear from people on both ends of the spectrum and while the former will smile at you and grab the next best snickers bar, just "to make sure that they don't lose too much weight", the unfortunate people on the other end of the spectrum are clutching to each and every straw, or, in these day
Read full article »

Step By Step Guide to Your Own Workout Routine - Part II: Choosing the Right Training Style(s) for Your Goals 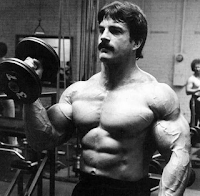 Image 1: Maybe it is because I don't have the beard, but for me HIT a la Mike Metzner never worked out ;-) In the last installment you should have learned " How to Fit Your Training, Rest Days, Strength and Conditioning Workouts into Your Personal Schedule ". By now, you should thusly have a general idea of what your future workout week is going to look like. You should, for example, know that you will have to bring your gymbag to the office on Monday, to be able to go right to the gym after work. While you will have programmed your shiny new iPhone to wake you up on Wednesday early, so that you can do a fasted HIIT workout before you shower, have breakfast and head to work... what you still need to know, though, is what exactly you are about to do at the gym, on your treadmill or simply in the park next door. The second part of the "Step By Step Guide to Your Own Workout Routine" thusly starts with a chapter on training types and splits. A fundamental de
Read full article »

Step By Step Guide to Your Own Workout Routine - Part I: Fitting the "Right" Number Training Days, Rest Days, Strength and Conditioning Workouts Into Your Schedule 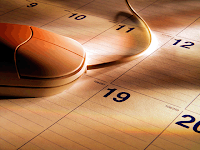 Image 1: The foundation of every training plan is a realistic schedule. Your work, your private life, your training experience, your goals, all must be taken into account, when lay this foundation. I have been talking with Adelfo about his new training plan earlier today. In the course of our conversation I did realize that even for someone with his expertise it is not always easy to come up with a plan. In fact, his first "blueprint" reminded me of my post on the " (Over-)Motivational Roots of Overtraining " from last Sunday and your frequent requests for more practical information here at the SuppVersity . So, without forestalling Adelfo's up-coming blogpost with all the details on his new routine, I want to provide you with a more general guide on how to structure your workouts. As with the "Three Simple Rules of Sensible Supplementation", I will try to take you through a number of steps of which I believe that they are more or less universa
Read full article »
More posts
Disclaimer:The information provided on this website is for informational purposes only. It is by no means intended as professional medical advice. Do not use any of the agents or freely available dietary supplements mentioned on this website without further consultation with your medical practitioner.