Showing posts from January, 2016
Show all

Sleep Science Update: New Insights into the Effect of a Lack of Quality Sleep on Glucose Control and Diabesity Risk 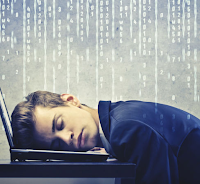 Blue light is not the only enemy of sleep, but it's the most prevalent one, today. Personally, I believe that sleep, "a condition of body and mind which typically recurs for several hours every night, in which the nervous system is inactive, the eyes closed, the postural muscles relaxed, and consciousness practically suspended" (that's what Google's "define"-feature will tell you about sleep), is still an under-appreciated determinant of optimal health and performance. Evidence to support this assertion comes from a series of studies that were presented at the  Winter Meeting of the British Nutrition Society on December 8-9, 2015 - a meeting with the telling title: "Roles of sleep and circadian rhythms in the origin and nutritional management of obesity and metabolic disease" (O'Sullivan. 2015). Learn more about the health effects of correct / messed up  circadian rhythms Sunlight, Bluelight, Backlight and Your Clock Sunligh
Read full article »

If You Want to Lose Weight and Stave it Off, You'd Better Not Drink Water Instead of Artificially Sweetened Beverages 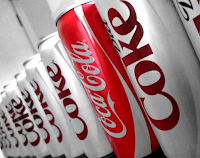 Meanwhile, even many of those who are against the use of sweeteners admit that drinking diet coke is less of an obstacle to weight loss than regular coke. That it could, as the study at hand clearly indicates, even promote weight loss compared to water is controversial, though. It is one of the die-hard rumors in the fitness industry: Artificial sweeteners will stall your weight / fat loss and have your weight jojo back up, when you stop dieting . As a SuppVersity reader you know that this claim is not supported by science. For the first part, controlled trials like the 2014 study by Sørensen et al.  actually show that the exact opposite is the case, i.e. that the consumption of artificially sweetened beverages promotes, not hinders weight loss. Skeptics, however, will say that "in a caloric deficit, and in comparison to regular beverages", which was the scenario in the Sørensen study,  "everything will work" - a valid argument, I have to admit. After all, the
Read full article » 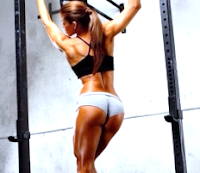 While the ads for many fat burners tell you just that, thermogenesis is not the #1 determinant of whether you're lean or fat. It is just one of a bazillion factors that influence your energy balance which in turn controls your weight. Thermogenesis is (falsely) treated like the holy grail in fat loss supplement ads. When all is said and done, though, even a 100% increase in thermogenesis, which has nothing to do with a 100% increase in total energy expenditure, is usually easily compensated for by increased energy intakes in the average and extraordinary male or female dieter. Against that background you may be asking yourselves why the latest study from the  School of Life Sciences  at the  University of Nottingham  even made the "SuppVersity newsworthy"-cut. Well, the answer can be seen in Figure 1 , which tells you that modulating the eating patterns in said randomized crossover trial didn't just affect the extent of postprandial thermogenesis, but also the w
Read full article »

Many of these foods contain supposed allergens and have thus to be eliminated from your diet... is it any wonder that this triggers weight loss? Hardly... While I have to admit that I am a bit skeptical about the reliability of the results of a recent study from the  Sifa University, Faculty of Health Sciences  in Turkey, I cannot ignore that Meltem Yaman Onmus, Elif Cakirca Avcu, and Ali Saklamaz claim that "people who cannot lose weight by low-calorie diet can lose weight and fat with elimination diet according to the results of FI [food intolerance] test. FIED [FI elimination diet] is also significantly effective in triglyceride levels" (Onmus. 2016). I know that sounds as if it was taken from the latest unreferenced blogpost on a dubious website, but let's not judge prematurely and instead take a closer look at the design and results of the study. Unlike elimination diets, fasting must be considered a scientifically proven weight loss trick Breakfast and Ci
Read full article »

This is not a photo from the full-text of the study, but it could be. After all the energy deficient diet was >90% below the maintenance intakes of the subjects. That's unfortunately much more severe than the average dieter's approach, but some of the things the scientists observed still have very general applications. If you've ever dieted to make the cut in a sports with weight classes, you will know this insatiable hunger which climaxes on the last two days when you are down to a handful of  calories per day. It's a hunger that won't be satisfied even if you eat an extra 1000 kcal above maintenance. Athletes competing in sports with weight classes may need to accept the post-dieting binge, but what about average Joes and Janes? Will a fasting day ruin the average dieters dieting efforts by making them eat more extra-calories on day 2 than they've economized the day before? A recent study from the  US Army Research Institute of Environmental Medicine
Read full article »
More posts
Disclaimer:The information provided on this website is for informational purposes only. It is by no means intended as professional medical advice. Do not use any of the agents or freely available dietary supplements mentioned on this website without further consultation with your medical practitioner.