Showing posts from August, 2018
Show all

Coconut Oil 'Pure Poison' or 'Superfood'? These 2x5x PRO vs. CON Human Studies Will Help You to Form an Opinion 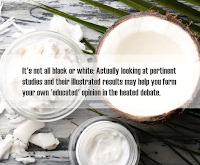 Coconut oil yay or nay? Not the B vs. W question Michels' lecture made it. I am pretty sure you will have read about  or even seen the lecture by Karin Michels , the director of the Institute for Prevention and Tumour Epidemiology  at the Albert-Ludwigs-University in Freiburg, Germany, which probably got so much attention, because Prof. Michels also works as an epidemiologist at the Harvard TH Chan School of Public Health . In her lecture, she claims that there was no single clinical human study that would refute her claim that coconut oil (CO) was, due to its high concentration of saturated fatty acids (SFA), "pure poison" that would unquestionably "clog your arteries and lead to certain cardiovascular death" (translated based on the video ). The effects of coconut oil in a  low-carbohydrate diet are completely unknown: Protein Oxidation an Issue W/ High PRO Diets? CHO ↓ = Perfor-mance ↓ - What about Avg. Joes? More Protein ≠ More Satiety, St
Read full article » 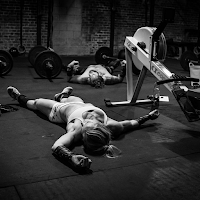 The combination of aspartate + bicarbonate may make an involuntary rest phase on the floor of the gym obsolete.  It has been while that sodium bicarbonate , aka  NaHCO3 , or (pure) baking soda has made the SuppVersity news. The ergogenic aid recently made the TOP-list of "supplements with good to strong evidence of achieving benefits to performance when used in specific scenarios" in the published "IOC consensus statement: dietary supplements and the high-performance athlete" ( Maughan 2018 ) - a short list in which bicarbonate is listed next to caffeine , creatine , nitrates , and beta-alanine , and a list which doesn't include aspartate as a putative congenial synergist, yet.   Aspartate , a salt or ester of aspartic acid is a nonessential amino acid that has a central role in hepatic glyconeogenesis as it is the substrate to the aspartate aminotransferase  enzyme in the liver , an enzyme of which you know that it is significantly elevated by (intense
Read full article » 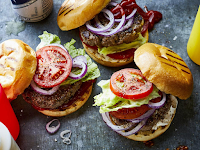 If you have problems with postprandial glucose and insulin excursions, you should consider picking your burgers apart to be able to eat the carbs 10 minutes after you devoured the proteins and veggies... and yes, it's likely you'll skip the bun and reduce your overall energy intake, as well. If you're following my friend Alex Leaf  on Facebook, you will have heard about the role of "nutrient order" (that's not " nutrient timing ") as an important determinant of your postprandial glucose response. If you haven't heard about this, yet, let me briefly bring you up to speed: In a previous crossover study ( Shukla 2017 ) involving metformin-treated subjects with T2DM, the authors of the study that's at the center of today's SuppVersity article have already demonstrated that the ingestion of the protein and vegetable components (e.g. tomato, onion, and salad leaf + burger patty) of a given meal  10 minutes before  the carbohydrate component
Read full article »
More posts
Disclaimer:The information provided on this website is for informational purposes only. It is by no means intended as professional medical advice. Do not use any of the agents or freely available dietary supplements mentioned on this website without further consultation with your medical practitioner.