Written by Adel Moussa | published on July 23, 2010
A recent review on the effects of glutamine in obese and diabetic subjects Molfino et.al. (Molfino. 2010) cite (among others) the results of a study, in the course of which 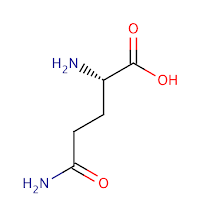 "type 2 diabetes patients, obese individuals, and obese nondiabetic control subjects were given oral Gln supplementation. Gln increasedcirculating glucagon-like peptide 1 (GLP-1),  glucosedependent insulinotropic polypeptide, and insulin concentration (43). Interestingly, the GLP-1 response to Gln was not different in the diabetic group compared with the obese and the lean control subjects, suggesting that it might be possible to circumvent the diabetes-associated GLP-1 secretory defect with agents that target alternative pathwaysin the L-cells releasing GLP-1 (43). " (Molfino. 2010)

Based on this interesting, yet hitherto mostly ignored influence of L-glutamine supplementation on insulin sensitivity and other recent findings, the researchers conclude:


"Considering the results of these experimental and human data, the clinical relevance of Gln supplementation becomes self-evident. In particular, considering the elevated number of patients affected by different diseases associated with insulin resistance, such as type 2 diabetes, metabolic syndrome, obesity, critical illness, etc., it appears to be essential to give this information to clinicians. Evidence has shown that both parenteral and enteral Gln administration are effective in glucose and insulin metabolism." (Molfino. 2010)

While L-glutamine certainly ain't new to you if you have been interested in dietary supplements for some time, the pronounced effect even oral l-glutamine had on insulin sensitivity may well worth considering isolated l-glutamine or supplements such as a quality whey protein, which offer a naturally high content of bioavailable glutamine. In this context some additional information from the Molfino-paper might be of interest, as well:


In humans whose muscle glycogen and Gln stores were depleted by exercise, infusion of Gln increased net muscle glycogen storage 3-fold compared with saline infusion, but had no effect on the fractional rate of blood glucose incorporation into glycogen. (Molfino. 2010)

This indicates that glutamine supplementation post-exercise is unlikely to decrease glucose uptake from blood by increased glyconeogenesis (using glutamine as a substrate) in liver and kidneys and is thus likely to augment, not counteract, the positive effects of exercise on glycemic blood parameters.


insulin resistance in adipose tissue, and this is accompanied by an increase in the activity of the hexosamine pathway. It also reduces adipose mass, consequently attenuating insulin resistance and activation of JNK and IKKbeta, while improving insulin signalling in liver and muscle.

Basically, this means that the deposition of fat due to insulin action becomes less likely, while the positive effects of insulin on muscle and liver become more pronounced.
Labels fat loss glutamine health insulin obesity
Disclaimer:The information provided on this website is for informational purposes only. It is by no means intended as professional medical advice. Do not use any of the agents or freely available dietary supplements mentioned on this website without further consultation with your medical practitioner.