TMAO: Eggs, Meats and Your Cardio-Metabolic Health | You Can Sill Eat Eggs & Meat, If You Got 'the Right Gut Bugs'

Written by Adel Moussa | published on January 12, 2019
If you have been following the SuppVersity News on Facebook (a must, btw ;-)), you will be aware of the "TMAO"-issue. If not, here's the gist: The ingestion of certain dietary nutrients - primarily choline, phosphatidylcholine, and its precursor l-carnitine can serve as a precursor for the ultimate generation of an atherogenic metabolite, trimethylamine N-oxide (TMAO). TMAO, in turn, has been linked to all sorts of diseases, most prominently cardiovascular disease and the formation of atherosclerotic plaque.

Unlike "fish odor disease", the choline/CVD link is unrelated to your genes:

DNA-Fit: Train Acc. to 'ur Genes

Is Laziness Built Into 'ur Genes? 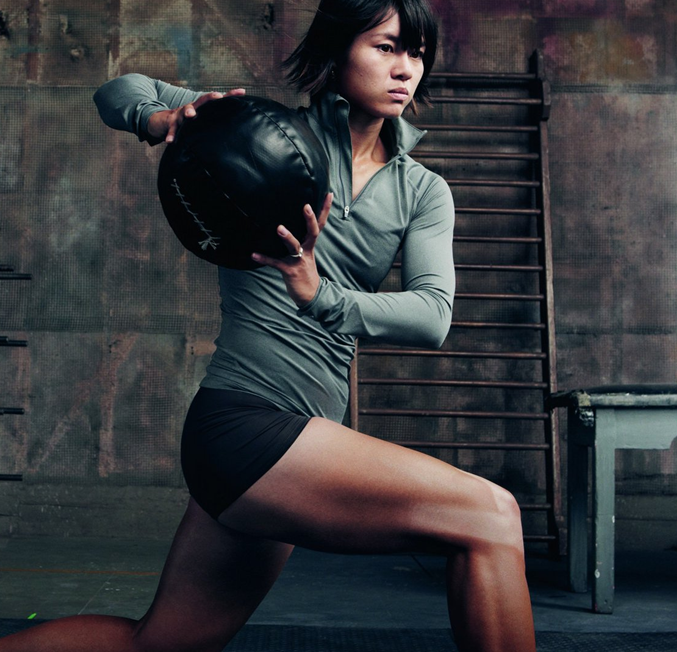 'Bad genes' are no excuse

ADF Beats Ca-lorie Restriction
More recent research suggests that these TMAO-mediated effects can be traced back to your gut and, more specifically, to a certain microbial composition of the commensal bacteria in your digestive tract (Koeth (2018). In their recently published paper, Koeth et al. write about the choline/carnitine-gut/microbiome-TMAO/heart disease link that all seems to start with the microbial formation of TMA in the gut and ends with the final conversion of TMA to TMAO (see Figure 1).
Very high levels of TMAO can trigger a disease that is known as "Fish-Odor-Syndrome" (check out Messenger et al. 2013 for a free review). Whether or not you stink when you consume high amounts of choline depends on (a) your genes and hence ability to metabolize and excrete TMA, the unoxidized fish-reeking precursor to TMAO, and (b) your dietary choline intake. Unfortunately, ill effects on your cardio-metabolic health have been observed in the absence of a flawed "flavin monooxygenase 3"-gene, and in spite of a flawless TMA metabolism. Hence, you may be at risk, even if you don't reek of rancid fish. After all, it's the TMA, not the TMAO that causes the unwanted body odor, and the latter, i.e. trimethylamine n-oxide (TMAO), are the ones that have been linked to cardiovascular and cardio-metabolic disease (CVD, CVMD) in multiple observational studies.

What can you do to reduce your TMAO levels? The best proven way to keep the concentration of this potentially toxic molecule in check is a reduction of the intake in choline/or choline-forming nutrients - especially carnitines. Still in the development pipeline are nonlethal small-molecule inhibitors, or drugs that block the second step in the pathway, the major host gene responsible for converting microbe-generated TMA into TMAO, flavin monooxygenase 3. Moreover, only recently, Roberts et al. 2018 presented the first microbiome-modulating "nonlethal therapeutic to inhibit thrombosis potential". As of now, it is yet not clear if simply keeping a healthy intestinal ecosystem (by, among other things, consuming enough dietary fiber) won't yield the same results, anyway.
Evidence has been emerging over the past decades that suggests that an increased intake in choline or its precursor carnitine from eggs and meats is yet not sufficient to explain the increased TMA-formation in the gut, its oxidation in the bloodstream and the subsequent/concomitant development of atherosclerosis and thrombosis, as well as chronic kidney disease and heart failure.

This research lead many (but not all scientists) to postulate that the commonly observed links between meat consumption and cardiovascular disease could eventually be a function of the interaction of the high amount of dietary carnitine/choline with a dysbiotic microbiome... a hypothesis that is in line with isotope tracer studies in mice and (wo)men which prove the version of carnitine to choline and choline to to TMA and eventually TMAO, which has in turn been shown to promote the formation of atherosclerosis in murine models of the disease (Koeth 2014 | see Figure 2).

Moreover, parallel clinical studies in humans confirm the existence of a link between meat/carnitine intake and the risk of heart disease - a link that seems to be modulated by elevated TMAO levels in the egg/meat eaters.

One thing we still don't fully understand is why fish is the exception to the rule: Fish is by far the worst offender when it comes to elevations in serum TMAO after a meal (Cho 2006) - with levels being ∼50 times higher than you'd see for comparable egg- or beef-based meals. The reason why it's still a high egg- and meat-intake, not the amount of fish people are eating that has been linked to cardio-metabolic disease in large-scale epidemiological trials is still not clear. Especially in view of the fact that rodent studies seem to suggest that TMAO-supplemented diets seem to exert the same ill health effects that have been described in the previously mentioned observational trials in Western-diet-style, this seems to be odd, since pork w/ only 23mg/g TMAO should be healthier than cod w/ 1335 mg/g (Table 1).

It would appear prudent, however, to assume that (a) the co-ingestion of other nutrients in fish (such as taurine | see "Taurine Boosts Good Gut Bacteria" in the archives) and/or (b) the absence of general dysbiotic effects of increased fish consumption (and hence overall increases in TMAO exposure from choline sources) are at the heart of the cardio- and metabo-protective effects of fish (note:  Saltwater fish contain ∼3 g/kg TMAO - the highest levels of all food sources | Mitchell 2002).
Add indeed, many of the previously cited human studies show that omnivores have higher circulating concentrations of l-carnitine than vegans or vegetarians, and that elevated plasma concentrations of l-carnitine in subjects is associated with incident CVD risks (e.g., heart attack, stroke, and death) independent of traditional CVD risk factors, but only in the presence of elevated TMAO (Koeth 2013). As you can see in Figure 3, however, this risk increase depends not on the amount of carnitine the subjects consumed and/or the carnitine or choline levels in their blood but was crucially dependent on its conversion to TMA/O.
Higher carnitine levels, alone (see the light and dark blue lines of the Kaplan-Meyer plots at the top of Figure 3), have no effect on one's cardiovascular disease risk. In fact, the subjects in the high carnitine + low TMAO group (light blue) had the highest event-free survival of all groups.

Carnitine, alone, is not the problem: it's its conversion to TMAO

The mediating effect of having an (unfavorably) TMA-producing microbiome may also explain the heterogeneous results of previous studies on the link of high(er) carnitine intake (3g+/d), all-cause mortality, heart failure, unstable angina, or myocardial reinfarction in the setting of acute myocardial infarction as it was descibed by Shang & Hui Li. in 2014.

In the absence of a TMA-producing microbiome, on the other hand, both beneficial effects on cardiovascular risk factors and metabolic syndrome have been observed in response to l-carnitine supplementation (Johri 2014). As Tang & Hazen (2014) point out, the contemporary available evidence does, therefore, seem to confirm an "obligatory role of intestinal microbiota in the generation of TMAO from multiple dietary nutrients, and TMAO as the proatherogenic species likely promoting the striking associations noted between plasma levels and both prevalent and incident CVD risks" (Tang & Hazen 2014) - Important: the simple provision of allegedly health(ier) probiotic mixes (e.g. #VSL3 fails to re-establish a non-TMA promoting microbial composition | Boutagy 2015).

Update from 25.01.2019: The scientific research on TMAO is just really taking off. Reason enough to address two new studies in form of a short addendum to the original article; two studies that deal with supplements that can - through modulating your microbiome do what probiotics won't do: significantly reduce the production of TMAO in your gut:


I am pretty sure that other agents of which we already know that they promote heart health and have antimicrobial effects (green tea comes to mind) will soon show up on the "anti-TMAO" supplement list.

You may have to avoid choline and carnitine containing foods for the time being, if... you have a carnitine challenge test which shows that your current microbiome favors the conversion of choline and choline-sources such as carnitine in red meat and other (mostly) animal sources to TMA, which is then oxidized to TMAO once it passes the liver and into your bloodstream.

The test itself, by the way, is actually pretty simple: After an overnight fast (>8 hours) before blood and spot urine samples are collected as baseline, before three tablets of L-carnitine fumarate (2.1g carnitine, total | GNC) are administered and you undergo a time-series blood drawings with concurrent spot urine collections at 24 hours and 48 hours after the oral carnitine challenge.

If you cannot do the test, you may be interested to hear that Wu's 2018 paper in the BMJ's Gut, suggests that the average omnivore is 10-fold(!) more likely to exhibit this problematic pattern than a vegan/(lacto/ovo)vegetarian peer - interestingly, among the non-omnivore subjects, the comparatively small carnitine/choline-precursor exposure from e.g. dairy or eggs did not predict an increased TMAO exposure.

The lack of correlation between (low-ish) carnitine/choline intakes and serum TMAO levels emphasizes that it's probably not the carnitine itself that induces the increased ratio of firmicutes to bacteroidetes and an overall reduction in gut microbiota diversity which is distinctive of high TMAO producers (both observed in healthy young men by Cho et al. 2006).

Rather than that, it seems to be the microbial pattern that arises with the consumption of the classic low-prebiotic high carb+high fat omnivore Western diets (Simpson & Campbell 2015), which is at the heart of the problem.

With a very recent study showing that low-carbohydrate but high resistant-starch diets promote, not reduce the formation of TMAO in fifty-two men and women (Bergeron 2016), if the subjects consume a high(er) fat diet (>40% vs. <23% fat) it should be obvious, though, that future studies will have to quantify the appropriate amount and type of fermentable fiber that's necessary to mitigate the ill effects of both, high and low-carb diets, on the uwanted TMAO-boosting effects of meats, eggs, and other dietary sources of choline and its precursor.

While we are waiting for the corresponding data to emerge, it's reasonable to assume that people who have been following a (non-strict) "paleo-esque" diet, all along, will have consumed more than enough fruits, veggies, and legumes to maintain a non-TMAO promoting microbiome and shouldn't be at risk of any TMAO-mediated cardio-metabolic health impairments due to eggs or (unprocessed) red meats.

Initial evidence to support this hypothesis and the notion that the amount and type of dietary fiber are the main determinants of (critical) serum TMAO levels comes from a recent study in Obesity, which is the first to demonstrate that the significant reductions in TMAO researchers from Spain (Leal-Witt 2018) observed in obese adolescents in response to a lifestyle intervention correlated with the subjects' increase in fiber intake from fruits, vegetables, and legumes and occurred in the absence of significant reductions in choline(-precursor) intake | Leave a comment!
References:

Labels carnitine choline diabetes eggs heart health meat meats metabolic health microbiome resistant starch TMAO
Disclaimer:The information provided on this website is for informational purposes only. It is by no means intended as professional medical advice. Do not use any of the agents or freely available dietary supplements mentioned on this website without further consultation with your medical practitioner.