Showing posts from September, 2012
Show all

I usually rant against pizza and beer, but once the athlete triad has struck, they can be an occasional part of the "healing protocol". In last Sunday's first installment of this series we have taken a look at the prevalence, etiology and fundamental cause of an entity that is, and I am repeating myself here, profoundly mis labeled as the " female athlete triad ". In fact, it is, as we have learned in the last installment , neither an exclusively female thing, nor a triad. If anything, it is a quintet or sextet. To make that clear, and give you guys, who make the same mistakes, but usually with less detrimental consequences, I will once more refer to it as "athlete triad" = AT,  in this second part of the Female(?) Athlete Triad Series in which we will take a look at the endocrine underpinnings of the previously described consequences of the temporary and long-term energy deficiency we have identified as the single most important causative fact
Read full article »

19 Billion Euro that's the estimated 2011 financial burden due to lung cancer, alone, here in Europe and the On Short Notice figure of the week (information based on ESMO2012 press release) Those of you who are also following the SuppVersity facebook news , will probably recognize the figure on the right: 16,000,000,000€ or $24,419,000,000 , that's the estimated economical burden due to lung cancer, alone, here in Europe (cf. " Who cares if people are dying as long as the economy is thriving? "). An enormous financial loss, and still not the reason that this is my figure of the week . Rather than the financial damage, itself, it is the tragic fact that only the latter, yet not the fate of the patients and their families, would make a valid argument, when policy makers were debating a long overdue, total and all-encompassing public smoking ban... but now for a couple of more sciency, yet not less intriguing news from the past week. Problems thinking straight?
Read full article »

The Latest on Sodium Bicarbonate: Serial Loading Almost as Effective as Acute Loading + Free of Gastrointestinal Side Effects. Plus: Can You Use Potassium HCO3 Instead?

NaHCO3 loading has been most successful in events lasting from 1 to 7 minutes (Linderman. 1994) - so either track sprints or volume training Do you remember my last post on sodium bicarbonate and what I said about the SuppVersity being the place, where you would read about the latest studies on the wonders of baking soda , first? Well, at least I have not seen today's SuppVersity news being covered anywhere else, so I guess for the vast majority I am about to deliver on yet another promise, when I briefly summarizing the latest findings on the "effects of serial and actue NaHCO3 loading in well-trained cyclists" from University of Tasmania and the Tasmanian Institute of Sport in Lanceston, Australia (Driller. 2012; study will be published in the October issue of the Journal of Strength and Conditioning Research ). Why don't we just "load" on NaHCO3 over a longer timespan? Interestingly, Matthew W. Driller, John R. Gregory, Andrew D. Williams and
Read full article » 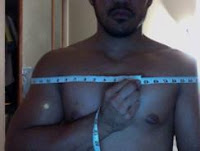 Adelfo takes measure...  as an aside: This picture goes to show you that the right (or wrong) light and posing can do much more (in this case harm, on the photos I usually post of Adelfo however good!) to your physique than any anabolic steroids and it works in minutes! I guess I'll make it brief today and won't promise too much for the SuppVersity Science Roundup which starts, as usual, at 1PM (EST) live on Super Human Radio ( click here to listen live). It's always a show you don't want to miss, but if you are by any means interested in gyno, prostate and men's health, I am pretty sure we will tackle all that. Not so sure about pseudo-ephedrine being no alternative to the "real deal" and a bunch of other stuff on training, nutrition and supplementation... best you tune in life or check out the Super Human RSS Feed (see navigation on the right where it says "Listen to Physical Culture") for the podcast that will be available ~2h after
Read full article » 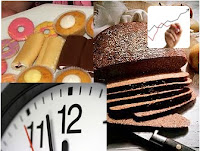 High or low GI, carbs in the morning or in the evning, cookies and dingdongs or all bran. So many questions and way too many answers from rodent studies or studies in obese diabetics... but what are Mr. and Mrs. Healthy Average Joe supposed to do? In a recently published paper, Linda M. Morgan, JiangWen Shi, Shelagh M. Hampton and Gary Frost take yet another look on a concept that has lost much of the momentum it had only a decade ago: The GI and / or GL paradigm (GI: glycemic index (abstract unit); GL: glycemic load, i.e. GI / actual amount of food) and combines another paradigm, which is still gathering momentum within the medical science community - the issue of nutrient timing, in order to answer the following questions: Will a large evening energy and carbohydrate load cause an increase in postprandial glucose that is comparable to the same amount of energy and carbohydrates in the morning? Will a high glycaemic excursions in the evening be ameliorated by decreasing the
Read full article » 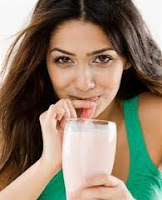 Should she drink her protein shake all at once or in 33ml gulps every 15min, if she has it before her workout? And wait, wouldn't it be better to have the shake afterwards, anyway? A recent study provides some answers. I don't know if you notices, but it has been a while since the last study from the Exercise Metabolism Research Group at the Department of Kinesiology of the McMaster University in Hamilton, Ontario, Canada, hit the SuppVersity news. Allegedly, I mentioned Stuart Phillips only a couple of days ago, when I referenced the West study on "Associations of exercise-induced hormone profiles and gains in strength" (West. 2012), in the context of the questionable significance of post-exercise increases in testosterone levels, as far as muscle and strength gains are concerned - for those who missed that, it was  in the " Anabolic Workouts Revisited " post from last Monday. That was however about it as far as the news of the last weeks are conc
Read full article »
More posts
Disclaimer:The information provided on this website is for informational purposes only. It is by no means intended as professional medical advice. Do not use any of the agents or freely available dietary supplements mentioned on this website without further consultation with your medical practitioner.